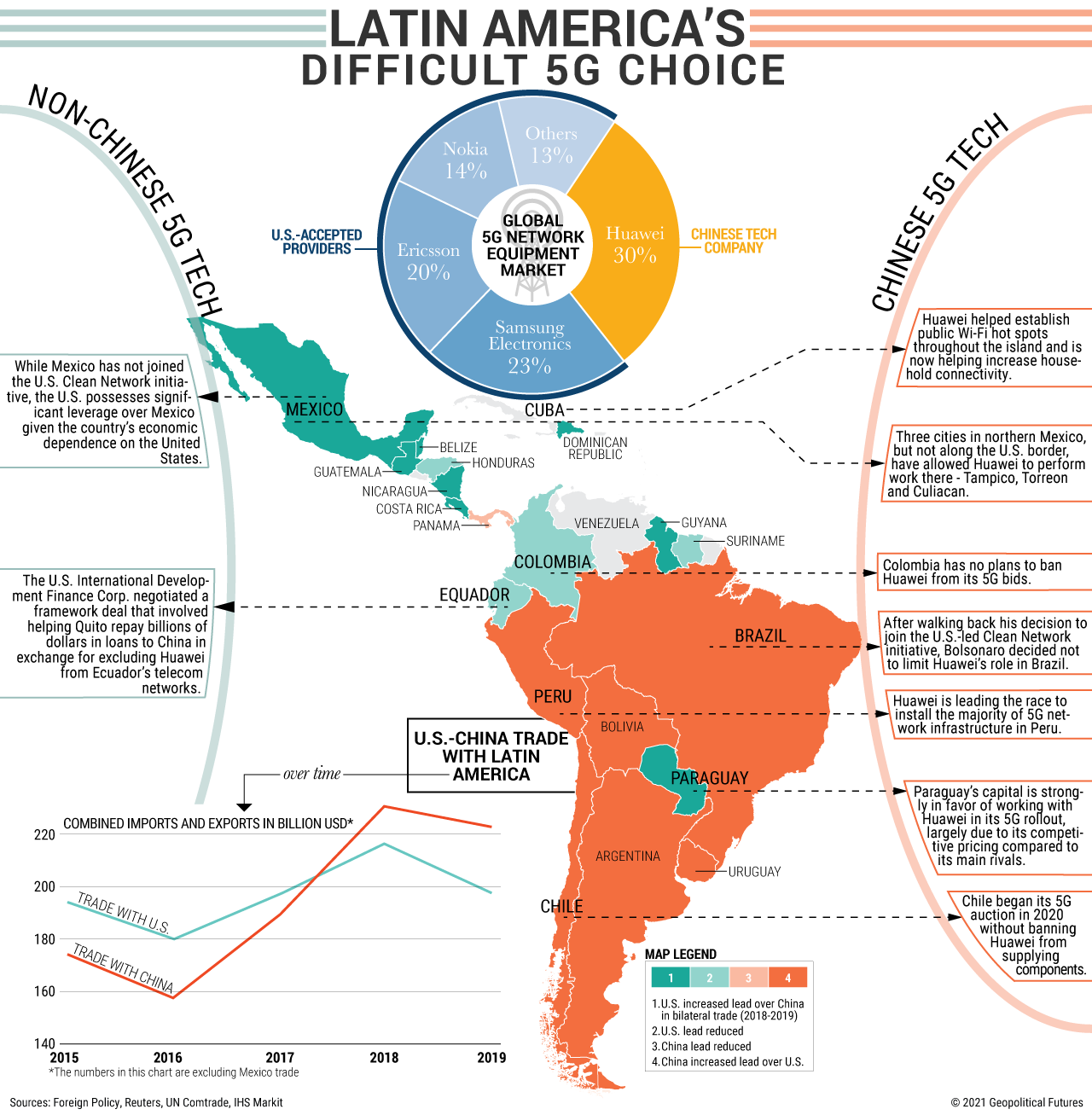 The rollout of 5G technology has quickly taken on a strong geopolitical dimension due to the potential ramifications on cybersecurity and digitally based espionage. The type of equipment used, frequencies included and network operators all have the potential to impact a country’s national security environment. The U.S. remains deeply concerned that countries that opt to work with Chinese companies and technology will make themselves vulnerable to Chinese security breaches. As a result, Washington has discouraged countries that seek to continue security cooperation with the United States from largely incorporating Chinese elements into their 5G networks. Instead, it encourages U.S. or U.S.-approved providers and adherence to best practices for safeguarding sensitive information by joining the U.S.-led Clean Network program.

Latin America finds itself between a rock and a hard place. Compared to northern counterparts, much of Latin America lags behind in terms of 4G access, let alone modernizing existing infrastructure for 5G capabilities. Many countries in the region find the cheaper costs of Chinese equipment very appealing, and the U.S. cannot offer a comparable alternative. The U.S. counter is funding from the U.S. International Development Finance Corp., whose funds are significantly less than what China brings to bear and contingent on first raising private capital. On the other hand, the U.S. has been the security guarantor of the Western Hemisphere since the turn of the 20th century. For all their differences with Washington, many countries in the region would rather that arrangement remain in place. They currently benefit from U.S.-backed security initiatives and do not want to face an antagonistic U.S. in the region, especially since there would be little direct support China could offer on this front.

The reality of fully functioning 5G networks across Latin America is still a few years off. But decisions made on how to lay the groundwork for that technology has the potential to shape parameters for future U.S. and Chinese engagement with countries in the region.